In late 2016 Unite Union won a major victory for some of New Zealand’s most vulnerable workers, by putting an end to the dubious practice of Zero Hours Contracts and winning guaranteed working hours for tens of thousands of workers in the fast food industry.

The win was internationally celebrated and represented a fundamental shift in employment relationships for the most vulnerable workers in Aotearoa. 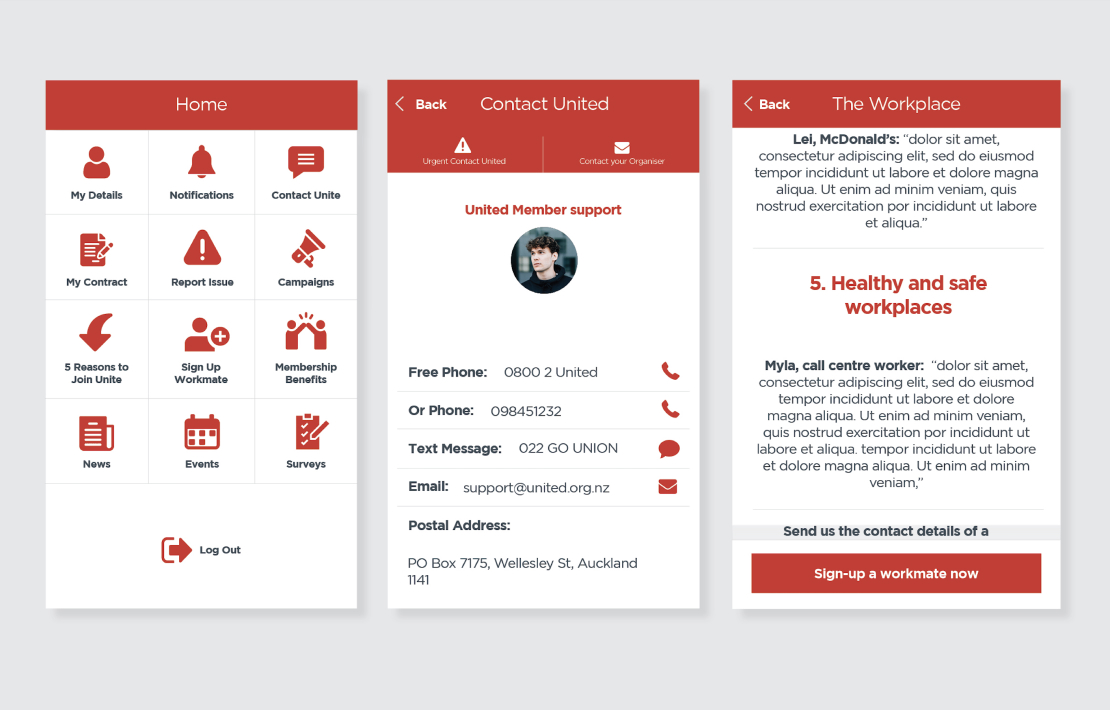 A culmination of a decade-long campaign by Unite Union, the victory was earned through a campaign strategy that placed engagement at its heart. 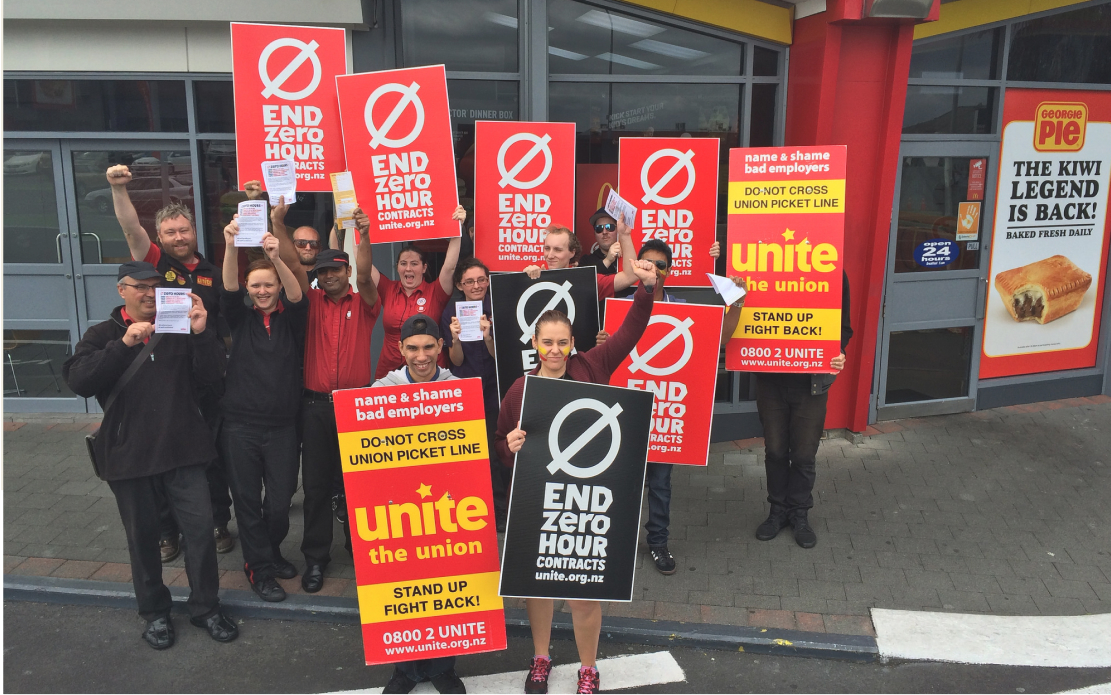 In order to facilitate deeper and wider engagement with people, Unite Union engaged For Purpose to implement an action-oriented website built on Nationbuilder. Using the full suite of tools Unite were able to get members and non-members alike to take multiple online actions, to stay engaged with the campaign, and ultimately to turn-out at physical events outside fast-food restaurants and on a march down Queen Street.

Post-campaign, Unite wanted to build on the success of the campaign, so we worked to create a mobile app that would improve the union’s recruitment, organising and engagement with its members.

This app created a convenient space for members to access important information, fostered effective communication between the union’s staff and its members and collated a multitude of data which helped the union to track efficiency and growth.

The app is highly accessible and easy to use on the go. It is a centralised space that provides users with notifications about upcoming meetings and events, key news and provides the opportunity to report issues in the workplace. The app can also be used for guidance with understanding contracts, as well as a way to recruit colleagues and gain rewards.

We have a demo version of the app that you can download and trial. Check it out here.