We'd been talking about what we could do to contribute to the 2017 general election turnout, so we were pretty stoked when the New Zealand Union of Students approached us to develop a campaign to get young people voting.

Youth voter turnout had increased in the previous election for the first time in a number of elections and we wanted to contribute to an even greater engagement of young people in politics. We designed a campaign around the theory that young people are a powerful latent political force, and if just 4 out of 5 under the age of 35 voted, they’d have more power than those over 65.

Our pitch was that young people have power if they are collectivised to solve the big issues facing young people such as mental health and housing. 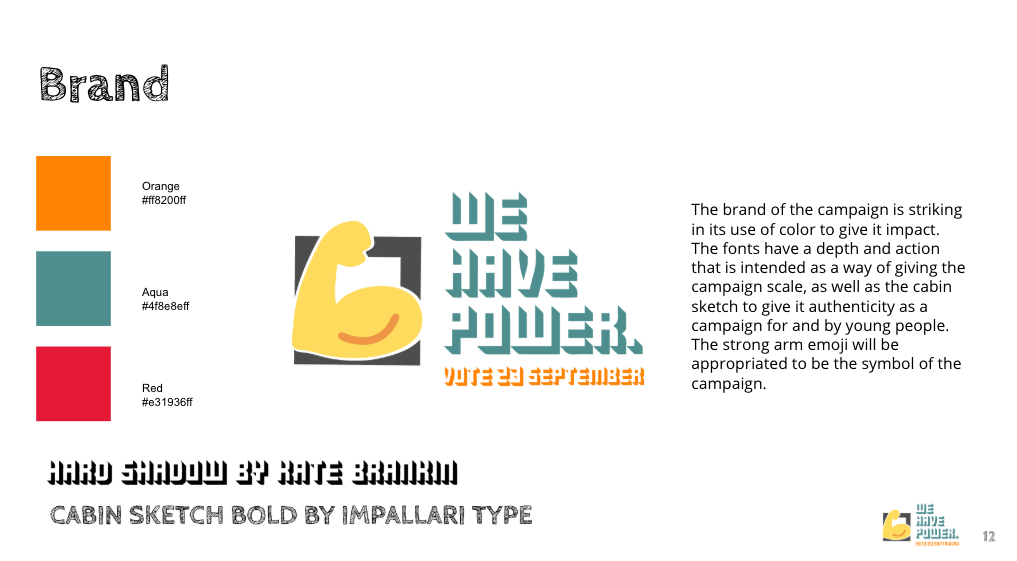 We designed the digital engagement strategy, the campaign identity, and developed an action-oriented website.

This nationwide campaign mobilising volunteers across 16 campuses from a centralised leadership hub to get students enrolled and voting in the general election. The website engaged users through a simple survey as part of the online signup process. This data was used to inform the campaign’s overall objectives as well as for tailoring communications, engendering deeper engagement, and ultimately to persuade people to vote.

The campaign used the power of Nationbuilder’s digital platform to support the distributed organising structure, empowering local organisers to host events, mobilise volunteers, and engage voters on the ground, whilst powering the central leadership team with the required data and communications tools.

Check out the video we created to launch the campaign - it's had over 43,000 views.

Would you like to know more about this project?

Reach out, we'd love to hear your thoughts.