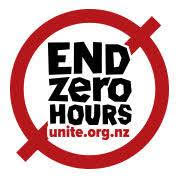 In late 2016 Unite Union won a major victory for some of New Zealand’s most vulnerable workers - ending the dubious practice of Zero Hours Contracts and winning guaranteed working hours for tens of thousands of workers in the fast food industry. The win was internationally celebrated and represented a fundamental shift in employment relationships for the most vulnerable workers in New Zealand.

A culmination of a decade-long campaign for secure hours by Unite Union, the victory ending Zero Hours Contracts was underpinned by the campaign's strategy. A strategy which, placed engagement at its heart by seeking to understand the target audience, engage people, and building an empowered community around the issue of employment rights.

“We spent a month engaging with members and doing surveys, discussing claims and getting worker volunteers for the campaign. We needed hard data for the campaign – average age, how many with kids, average hours worked, changes from week to week. We started identifying “faces” for the campaign. We wanted members who represented the reality of the workforce which included people with dependants, not just school students” Mike Treen - Unite Union National Director

In order to carry out this strategy, and facilitate deeper and wider engagement with people, Unite engaged For Purpose to implement an action-oriented website built on Nationbuilder, a decision that proved to be a key enabler of the campaign.

This isn't a story about the winning of the campaign, if you want to know more about that then download it here.

This is a story about how we took the learning from a digital-led approach to the campaign and applied it post-campaign to the union's recruitment and organising model, and helped improve the delivery of services to it's members. And why that meant we needed to build a mobile app. 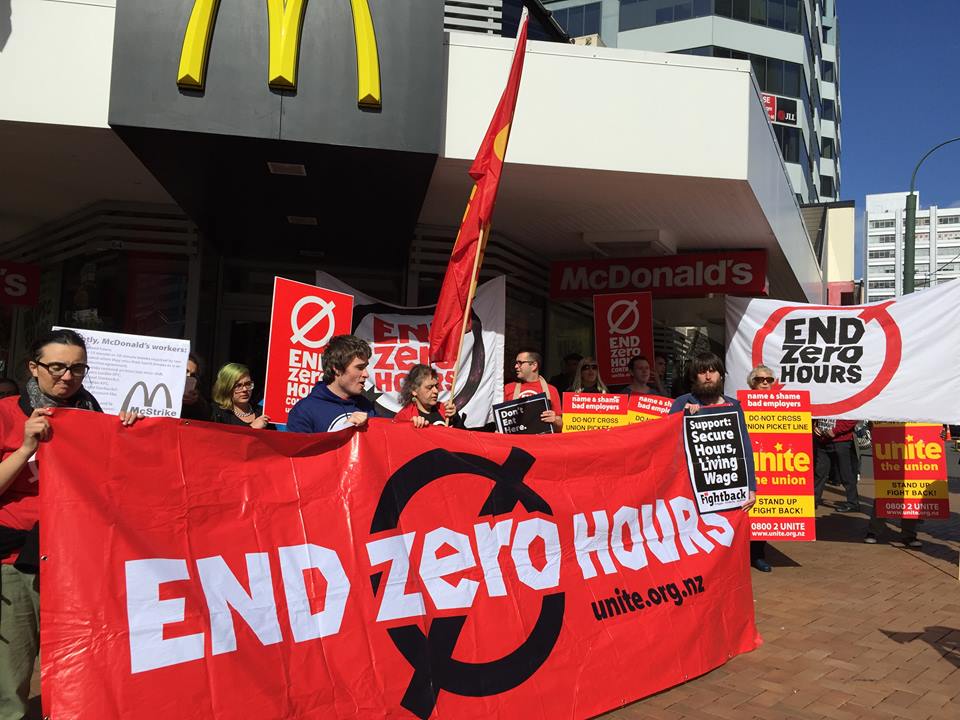 Why a mobile app?
1/ To provide effective communication. Good communication is not only the key during campaigns but also to general organising. Providing easy ways for members to communicate with their union is critical, allowing them to raise workplace health and safety issues, recruit their colleagues into the union, learn when union staff are visiting their workplace, as well as keeping them informed about negotiations.

During the campaign, we confirmed that email open rates aren’t good enough to get the result you need. We trialled various SMS platforms and whilst SMS open rates were good the services we tried all fell short on integration, leading to one-dimensional conversations that fall short of expectations on both sides. We were looking for seamless communication between members and union staff, the kind we get with social apps, but where conversations could be easily logged into the database for future reference and follow-up, and this gave us the first clue that we might need to build something custom ourselves. 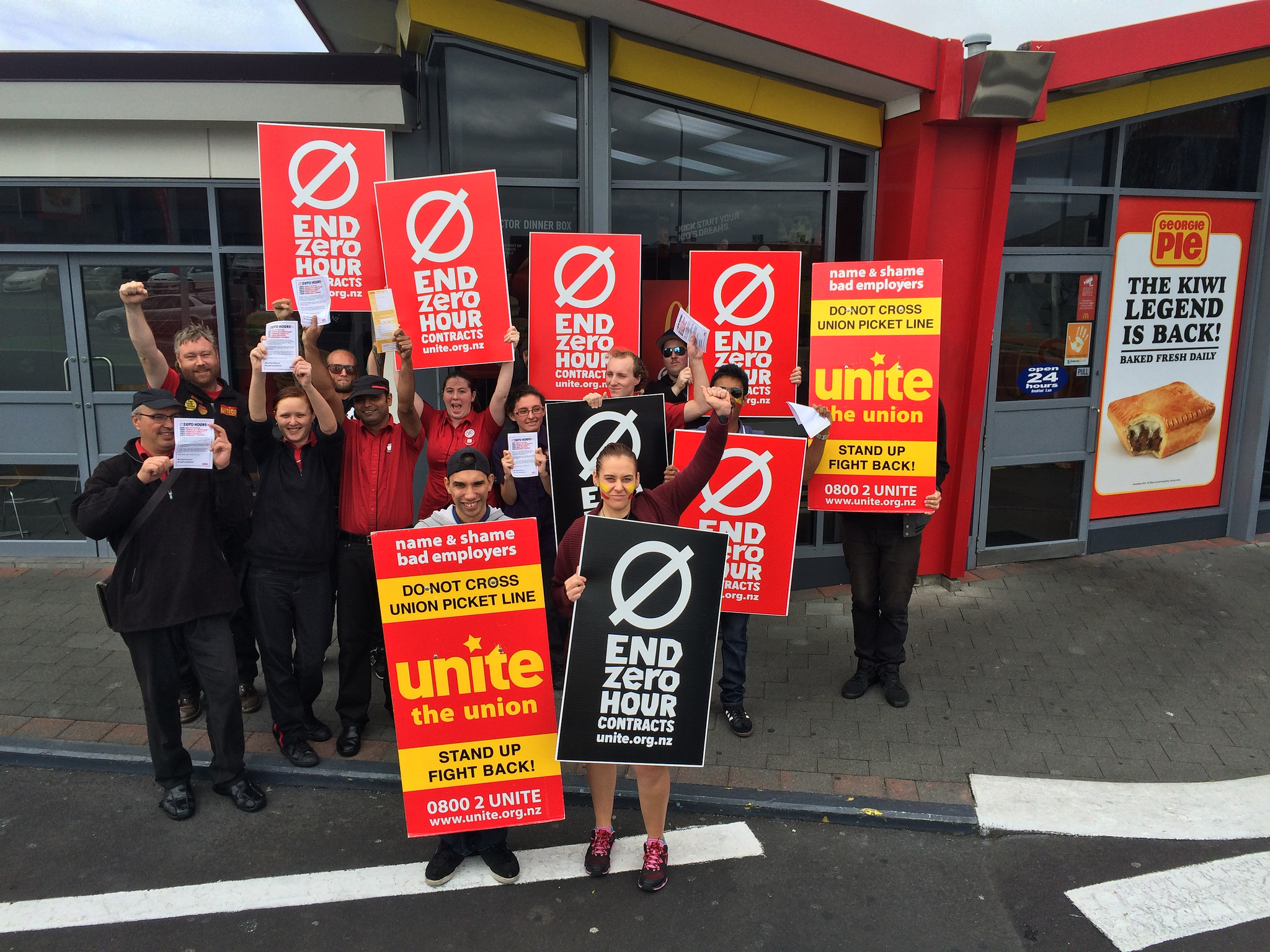 2/ Information that is convenient to access. We wanted to create an app for workers, and workers are busy people. They needed to have the ability to engage quickly and readily on their lunch breaks, or when they had a spare moment during their working day.
Initially, we customised the Nationbuilder membership functionality to build a web portal for all members, where they could access their collective agreement, see a noticeboard where staff could leave messages, and where they could read the latest news about their employer. However, we found its use patchy on both sides. For union staff who spend a lot of time out of the office, the noticeboard wasn’t really an effective way to communicate with members. And ultimately, members needed a notification to would prompt them to check for updates. Although collective agreements were available to members, logging-in, and browser navigation put it just beyond the expedient reach of members who were predominantly wanting information on their phone during their break at work. An app solved these issues, by providing notifications, being usable while on the run, and not requiring a login.

3/ An app organises for efficiency and growth. This is probably where we had the most success. Prior, Unite had used a local server-based database and lots of paper and clipboards to organise which was not only limiting and inefficient but also meant only a minimum of data was recorded then largely disappeared into a black hole. We implemented a system for organisers to log visits to all worksites, log all members contacted, and to record and manage all casework arising from issues in the workplace. All in Nationbuilder.
The simple act of recording that data has provided insights that have unlocked some real benefits. Tracking growth, the results of recruitment drives, and trends in reported workplace incidents are all available for analysis. We even built a portal where staff can graphically get key insights to help them make weekly decisions that help prioritise their organising.
Using a cloud-based platform let union staff record all of this data on the run, and it also enabled members to interact and do things like using the automated recruitment tools we set-up to sign-up their workmates on their phone at work and get the credit for it. Peer-to-peer recruiting has real potential and was something we were keen to expand upon when we built the app. 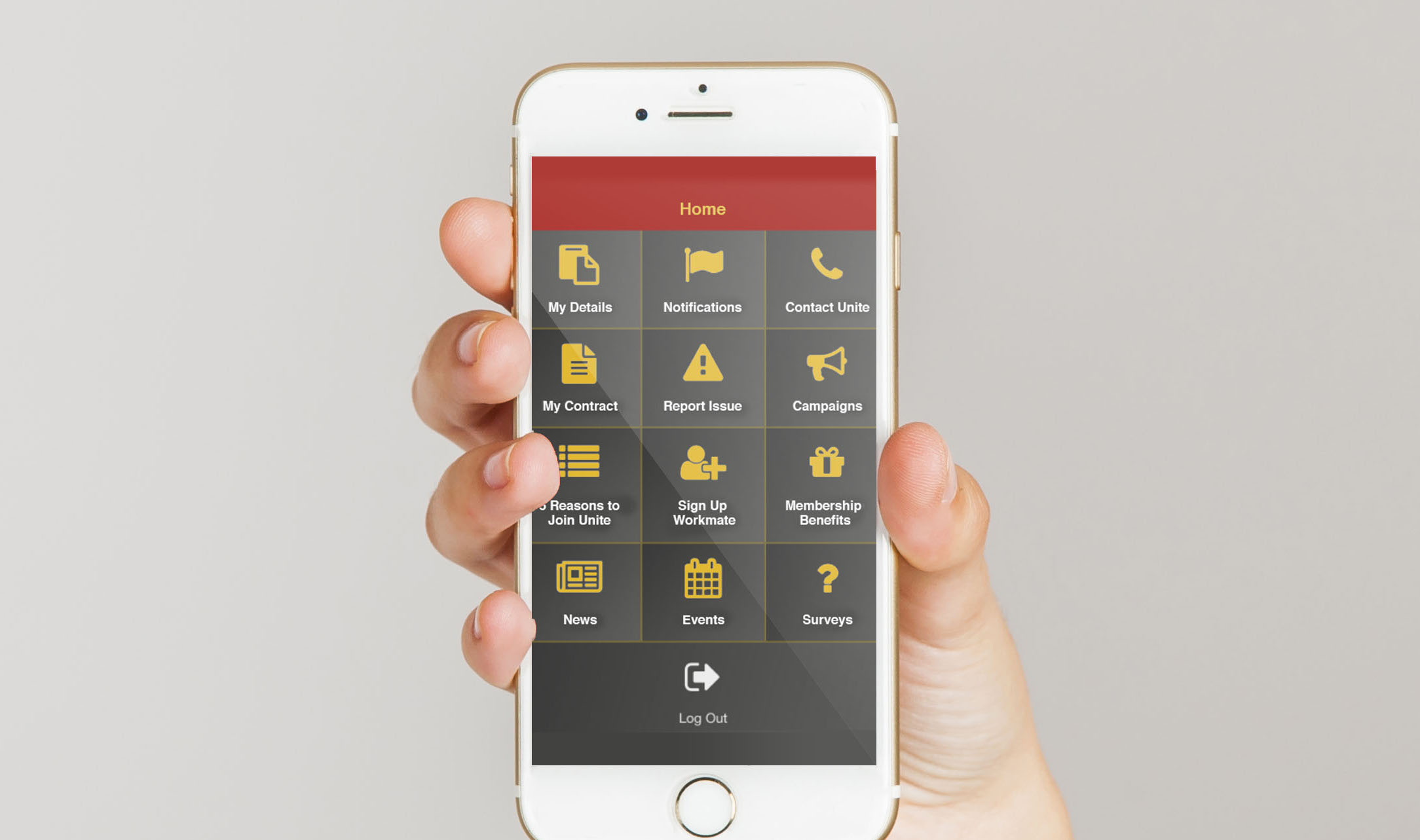 So what does it do?
1/ Notifications: A Direct Messaging function that allows union staff to send alerts to members. These can be generated to individuals, entire workplaces, or any list of members. Used to notify members of things like workplace visits, bargaining meetings, surveys etc.
2/ My Details: Lets the user update their personal details (handy just before big mailouts or when emails start bouncing).
3/ Contact the Union: one touch to email, SMS, or call their organiser or support desk.
4/ My Contract: Lets users read and keyword search their employment agreement (allows members to resolve issues or questions themselves).
5/ Reporting Issues: Lets the member submit a message and add a photo to report workplace health and safety issues on which they need support.
6/ Sign-up a workmate: A simple form to submit a colleague's details who wants to join the union (and records the user as the recruiter for rewards).
7/ Five Reasons to Join: Some basic messages to help members persuade their colleagues to join and a video they can share.
8/ Membership Benefits: Details of the union's external membership benefits programme and links to other services such as healthcare providers that have union discounts.
9/ Campaigns: Engages members in petitions or other online actions that support campaigns in other sectors or in other unions (in this case we also present campaigns from the New Zealand Council of Trade Unions as they also use Nationbuilder).
10/ News: The latest news (from the blog) with filters for stories that directly impact the user, are about their union, or all stories.
11/ Events: Upcoming events with filters for events that directly affect the user, events organised by their union, or other union events.

We have a demo version of the app that you can download and trial. Check it out here.

Many Unions use Nationbuilder or similar platforms globally to support their bargaining campaigns. Growing a non-member database, of people who believe in fair pay and fair working conditions and are prepared to march, donate, share, and add their name when asked, also grows potential new membership for your or another union.

Campaigning on issues not directly in their ambit but that affect their members, and capitalising on the outcomes to grow the movement are essential to keeping unions relevant and strong. Unite Union, using Nationbuilder, do this well and we are happy to contribute to their campaigns.

Would you like to know more about this project?

Reach out, we'd love to hear your thoughts.